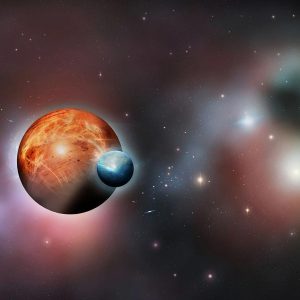 Having already been inspired by the Apollo moon landings as a child of 8, I was further inspired a few years later when the original Star Trek series with Captain Kirk, Spock, Scotty and McCoy landed on British T.V. screens. From the first episode I was hooked by the incredibly original, well-told stories and the romance of flying through space and exploring all kinds of planets and other space phenomena.

I could not get enough of it and I think from then on I was convinced that there must be other life out there in the universe – it was just too huge a place for human beings to be the sole example of  ‘intelligent life’.  Star Trek Voyager was the best sequel in my opinion to that original series and for exactly the same reasons – great stories and a really good mix of characters that ‘gelled’.

With such amazing things to look at, was it any wonder that my interest in space was sparked and my desire to write stories set in space was awakened? It was a natural evolution, in my opinion, that my first published children’s story was a space adventure – Pep, Polish and Paint – starring a sun (Sammy) who had lost his shine and three spaceships (Jimmy, Jenny and Johnny) who try and help him regain it. Other space stories have also been brought to life – whether they’ll be published or not, who can tell, but space and space stories will continue to be a life-long passion because the possibilities for the imagination are endless!